Here are a few articles and websites that give glimpses into the many facets regarding industrial hemp:

g] (1563) 1 a:  HEMP 1 b:  the leaves and flowering tops of uncultivated hemp:  cannabis -- compare MARIJUANA  2:  an intoxicant product obtained from bhang -- compare HASHISH

\ n [NL, genus name, fr L, reed -- more at cane] (1664):  any of a genus (Canna of the family Cannaceae) of tropical herbs with simple stems, large leaves, and a terminal raceme of irregular flowers

hemp \'hemp\ n [ME, fr. OE hænep; akin to OHG hanaf hemp; both prob. fr. the source of Gk kannabis hemp] (bef.12c) 1 a:  a tall widely cultivated Asian herb (Cannabis sativa) of the mulberry family with tough bast fiber used esp. for cordage  b:  the fiber of hemp  c:  a psychoactive drug (as marijuana or hashish) from hemp  2:  a fiber (as jute) from a plant other than the true hemp; also:  a plant yielding such fiber

(1)(III)(b) "Medical use" means the acquisition, possession, production, use, or transportation of marijuana or paraphernalia related to the administration of such marijuana to address the symptoms or effects of a patient's debilitating medical condition, which may be authorized only after a diagnosis of the patient's debilitating medical condition by a physician or physicians, as provided by this section.

1(III)(i) "Usable form of marijuana" means the seeds, leaves, buds, and flowers of the plant (genus) cannabis, and any mixture or preparation thereof, which are appropriate for medical use as provided in this section, but excludes the plant's stalks, stems, and roots.

(2)(f) "Marijuana" or "marihuana" means all parts of the plant of the genus cannabis whether growing or not, the seeds thereof, the resin extracted from any part of the plant, and every compound, manufacture, salt, derivative, mixture, or preparation of the plant, its seeds, or its resin, including marihuana concentrate. "Marijuana" or "marihuana" does not include industrial hemp, nor does it include fiber produced from the stalks, oil, or cake made from the seeds of the plant, sterilized seed of the plant which is incapable of germination, or the weight of any other ingredient combined with marijuana to prepare topical or oral administrations, food, drink, or other product.

"Certified seed” means industrial hemp seed, including Colorado heritage cannabis seed, that has been certified by an organization recognized by the department as having no more than three-tenths of one percent of delta-9 tetrahydrocannabinol concentration on a dry-weight basis.

"Colorado heritage cannabis seed" means seed from the plant cannabis sativa that possesses characteristics of a unique and specialized cannabis seed variety that is present in Colorado or has been recognized as produced in Colorado.

“Industrial hemp” means a plant of the genus cannabis and any part of the plant, whether growing or not, containing a delta-9 tetrahydrocannabinol concentration of no more than three-tenths of one percent on a dry weight basis.

"Amendment 64, section 16 (d) to the Colorado Constitution defines Industrial hemp as ‘a plant of the genus Cannabis and any part of that plant, whether growing or not, containing a Delta-9 tetrahydrocannabinol (THC) concentration of no more than 0.3% on a dry weight basis.
Under Colorado State law any Cannabis with a percentage of THC above 0.3% is considered marijuana."

§ 802 (16) The term ''marihuana'' means all parts of the plant Cannabis sativa L., whether growing or not; the seeds thereof; the resin extracted from any part of such plant; and every compound, manufacture, salt, derivative, mixture, or preparation of such plant, its seeds or resin. Such term does not include the mature stalks of such plant, fiber produced from such stalks, oil or cake made from the seeds of such plant, any other compound, manufacture, salt, derivative, mixture, or preparation of such mature stalks (except the resin extracted therefrom), fiber, oil, or cake, or the sterilized seed of such plant which is incapable of germination.

"§ 801. Congressional findings and declarations: controlled substances.
The Congress makes the following findings and declarations:
(1) Many of the drugs included within this subchapter have a useful and legitimate medical purpose and are necessary to maintain the health and general welfare of the American people."
§ 801a.  "(3) In implementing the Convention on Psychotropic Substances, the Congress intends that, consistent with the obligations of the United States under the Convention, control of psychotropic substances in the United States should be accomplished within the framework of the procedures and criteria for classification of substances provided in the Comprehensive Drug Abuse Prevention and Control Act of 1970 (21 U.S.C. 801 et seq.). This will insure that
(A) the availability of psychotropic substances to manufacturers, distributors, dispensers, and researchers for useful and legitimate medical and scientific purposes will not be unduly restricted;
(B) nothing in the Convention will interfere with bona fide research activities; and
(C) nothing in the Convention will interfere with ethical medical practice in this country as determined by the Secretary of Health and Human Services on the basis of a consensus of the views of the American medical and scientific community."

§ 811. (c) Factors determinative of control or removal from schedules.
In making any finding under subsection (a) of this section or under subsection (b) of section 812 of this title, the Attorney General shall consider the following factors with respect to each drug or other substance proposed to be controlled or removed from the schedules:
(1) Its actual or relative potential for abuse.
(2) Scientific evidence of its pharmacological effect, if known.
(3) The state of current scientific knowledge regarding the drug or other substance.
(4) Its history and current pattern of abuse.
(5) The scope, duration, and significance of abuse.
(6) What, if any, risk there is to the public health.
(7) Its psychic or physiological dependence liability.
(8) Whether the substance is an immediate precursor of a substance already controlled under this subchapter.
*fda.gov/RegulatoryInformation/ Legislation/ucm148726.htm, 2/14/16 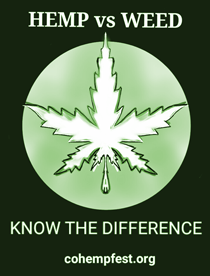 "Hemp can feed the citizens of the Earth, provide critical components to human health, and revitalize our bodies! And if that’s not enough to convince you, check this fact: Of the 3 million-plus edible plants that grow on Earth, no other single plant source can compare with the nutritional value of hemp seeds."
- National Hemp Assn

"The number of acres of hemp planted by U.S. farmers has increased over 1,000% in 2015, as compared to the number of acres planted in 2014, the first year of legal hemp growing in the United States."
- National Hemp Assn